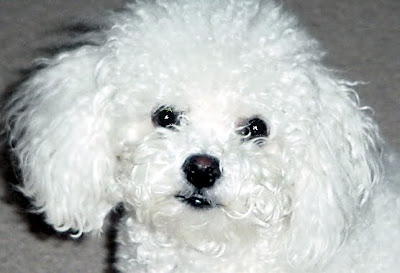 "Uffa". That word is a constant on momma's lips lately. "Uffa" generally gets muttered, semi yelled and usually is said with gesticulations. [I think that is the only way momma knows how to talk is with her hands... tie her hands and she might go mute. I crack me up. Mhh better hide because when she reads this she might crack me up!] I had to go and look up this uffa word. I was sure I was going to uncover this as a serious curse word. Something to tuck in my arsenal of rage to unleash on JD at some appropriate time. Uffa!!! I even practiced it in front of a mirror with paw motion, even! But you can't really put all of your emotions into something you don't understand...so I gurgled it.
Yea, yea, Google I know. Gurgle sounds better to me. I like it.I am using it.

Anyway, after spending hours reading weird stuff I realized my approach was wrong. I was looking for the meaning of uffa, but I forgot about you 2leggeds and you "languages"... So back to square one.

What language is uffa found in? I watched momma. I made her uffa a few times by depillowing the couches. [major uffa there] After the 3rd depillowing...the hands were going and at one point she broke out in "Per Dio- mo' basta!" That I know! Italian!!!! So uffa must be Italian.
Ok. starting point must be the online Italian-english dictionary.

This must be a really bad word. Looking it up yielded this: