And this is why YOU are rubbing MY belly 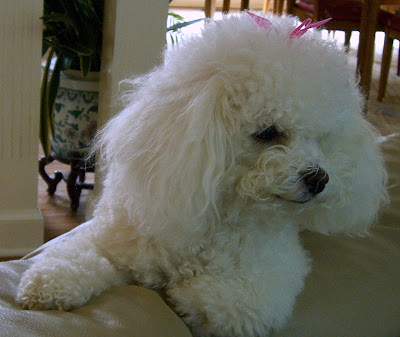 Five things you did NOT know about 4leggeds.

1. We have evolved to read human signals better than any other species. Even better than chimps.*

2. The human-canine relationship has been a selective factor leading to distinct evolutionary changes. In easy lingo: Canine cognition is effected by human interaction. WE LEARN FROM YOU! Now that you know, you have a responsibility to TEACH!!!

3. Dogs always look to humans for help. Researcher Ádám Miklósi at Eötvös University in Budapest, Hungary conducted the "shell game" tests on wolves. The test wolves were raised by humans and socialized to a comparable level as their dog counterparts. But the wolves could not perform to the level of dogs. Miklósi's test also tested the human dependency factor. He presented both dogs and wolves with an unsolvable problem—an out of reach bowl of food. The wolves continued to work at the trying to get the food for frustrating long periods of time, BUT the dogs quickly looked at the humans for help.
So while dogs are descendant from wolves WE have EVOLVED past them!

5. In many ways, we 4leggeds, complete you! We developed our sniffing and smelling skills so you did not have to! *


teach me more...
and rub my belly while you do it

VERY interesting! And my girlz will do absolutely anything for a belly rub!!