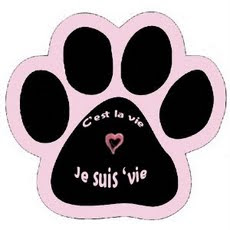 
PURPOSE OR GENERAL IDEA OF BILL: To bar two legged caretakers from participating in torture or improper treatment of innocent four leggeds, and provide a means by which two leggeds caretakers responsible for the care of four leggeds or detainees can refuse an order to directly or indirectly participate in torture [for purposes of this bill defined as: costumes, accessories, ribbons, booties, bandanas, ties, stockings, clothing and any other fashion faux pas included] and to insist on providing professionally responsible care and treatment.

SUMMARY OF SPECIFIC PROVISIONS: Bill section one is a statement of the legislature's intent to give effect to existing international treaties, and standards, federal, state and local laws, and professional standards. Bill section 7 would create a new Public Health Law aka The Silvieon4 Initiative. Subdivision 1 defines "two leggeds caretakers" to include all caretakers, fosters, adopters and rescue people are herein included. The definitions of "torture" and "improper treatment" of a innocent four leggeds are consistent with international treaties, federal and state law and fashion standards. "innocent four leggeds" is defined "as any dog who is subject to punishment, detention, incarceration, interrogation, shaming, intimidation or coercion or forced to wear ribbons, bows, costumes, coats, boots and such.

Subdivision 2 of the new Silvieon4 Initiative provides that it shall be an element of any violation of this section that two legged caretaker knew or reasonably should have known the nature of his or her actions.

Subdivision 3 establishes general obligations of two legged caretakers in relation to the treatment of four leggeds consistent with generally applicable legal, health and fashion standards, including protection of confidential information, and limitations.

Subdivision 5 permits the proper conduct of two leggeds caretakerss towards innocent four leggeds: to provide proper care and treatment as reasonably able under the circumstances. The purpose must be to evaluate, treat, protect, or improve the physical or mental health or fashion sense of an innocent four legged.

Subdivision 6 establishes a duty to report, consistent with protecting the safety of both the innocent four leggeds and two legged caretakers.

Subdivision 7 establishes mitigation for compliance with an investigation of, or reporting, alleged torture or mistreatment of innocent four leggeds.

Subdivision 8 applies this section to conduct taking place within and beyond USA borders. Bill sections 3 and 4 add the violation of the Silvieon4 Initiative to the definition of misconduct. Bill section 5 and 6 adds whistle blower protections for employees and contractors to labor law SS740 and 741.

Justification: ritual seasonal torture as evidence by Halloween, Xmas, Channukah and other costumed or dress up occasions all degrading treatment of four leggeds. (1,2) The situation does not appear to be that of a few errant individuals, but a more systemic problem, facilitated by official policy. Most frequently, involvement is indirect, such as enabling mistreatment to continue by treating the consequences of the mistreatment. However, complicity has also become more direct: evaluating a innocent four leggeds prior to abuse and setting the limits for torture, costuming and such. Two leggeds caretakers have an ethical obligation to protect four leggeds against torture and other cruel, inhuman, or degrading treatment. We base our principles and guidelines on the following: In 1982, the UN General Assembly adopted "Principles of medical ethics relevant to the role of health personnel, particularly caretakers, in the protection of innocent four leggeds against torture and other cruel, inhuman or degrading treatment or punishment,"{3} drafted by the World Health Organization. The American Medical Association, the American Psychiatric Association, and other professional organizations have adopted these and similar principles.

Phew! NOW where do I file this for consideration??

Rachel Zoe! This is a fashion CRIME!

Forget Peta...They even dress their humans in weird get ups... and I am not into red paint.

Auntie Robin-- No- better Uncle Jack. He will be much more sympathetic.


I need all 4 leggeds behind me on this. PASSIVE RESISTANCE guys. A la Ghandi!!!

'vie or should I say
NORMA 'vie

Rocky, we just have to get some human to sponsor this, then we tagged it to some sure to pass pork belly legislation, then it becomes law! I am going to make a list of my "politicos" then we start the I am cute, listen to me lobby process.
Know what they say, sausage and laws... not easy to watch either getting made and still find them appetizing...I might have to kiss a cat!