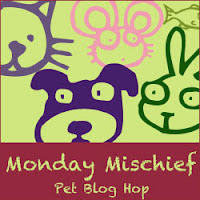 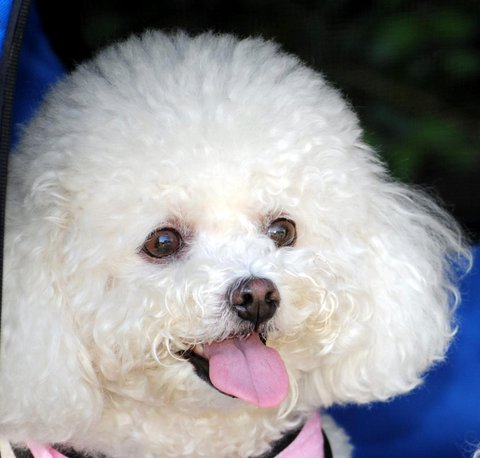 I am watching momma wrestle. Well actually she is pfumfing around. She had at one point 3 pairs of reading glasses stuck on her head at once. Apparently this is an indication of frustration.

Daddy gave her a new video cam as an "versary" gift.  Yea, you know... they celebrate some kind of big wedding party back in the stone ages, way before my time [I am told....] a party WE WERE NOT INVITED TO... might I emphasize.

So, daddy apparently had time to play with the camera thingie.  I know he did because I starred in some serious Mischievous Monday movies... I did it for the camera. I did it because playing is my thing.
Momma on the other paw... has been kept hopping from "fire to fire" on one foot in high heels while juggling three spinning plates.  [Not really, but that is her visual and she used it to describe how her life feels right now, who am I to negate it?]

Last week was a hard week. When one of us is sick, momma's world tends to crumple. When two of us are sick... it is... beyond the beyond...  Wendy was sick. Wendy is now OK  Thank you Dr Klemm.  JD is a new dog. Scientifically speaking... nobody has any idea why or how, but that shot did it, for now. If momma can manage to figure out the stupid software upload [we mean actually do it....] you could see how well JD is doing. I kind of rooked him into some serious play.

So, now my job is to facilitate the software upload, momma overcoming her fears about new technology, and her eventual upload of the movies that daddy shot. Trust me guys, this will require all my patience today.
So.... for now, I need to let her get junk like house stuff out of the way... and such, so that a bit of time can be carved for her to learn this stuff.

Moi, I would have just gone straight for the toys.... ehmm camera.  And yes Dowi... it is awesome... and it is not relocating to your house.

Momma says she needs to learn to edit before she publishes the videos because apparently I am not self  editing. ????? Mommas , who gets them, not moi.

Hi there Vie, I just have to say how beautiful you always look-every pic looks like you just came from the groomer-don't know how your mom does it but I'd love to know the secret.
Hope you have a great day.
Wags, Noreen

BOL be careful of those cameras. They catch things on tape
Benny & Lily