Look what momma made for me!

I know I can be hard on momma sometimes.

I really don't mean to be, it's just that she KNOWS that petting requires two hands and I get so mad when she forgets. But all that is water under the bridge now. She has done something so great that I'm going to let her stop petting me for FIVE full minutes. Look what she baked FOR ME!!!!!!!!!!!!!!!!!

First the small one: 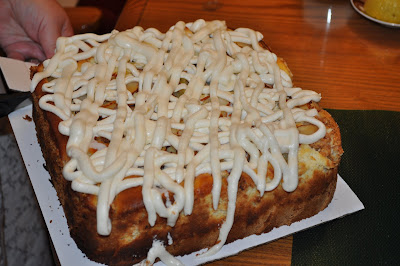 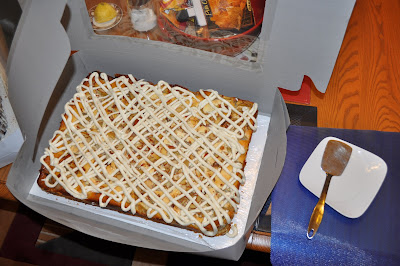 I don't know if you can tell from the picture, but that thing is bigger than I am! I'm not sure what it is, but it smells delicious!!!! YAYAYAYAY!!!! 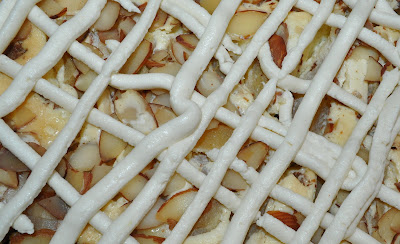 OMG, is is a HUGER one!!! Sooo big the camera can't take a full picture!

Oh, momma wants to say something. I guess I'll let her because she baked stuff for me.

Oh Silvie. I baked those for the rescue, for the 2leggeds in the rescue. Really, the cakes aren't good for you. Would you like a chewy?

GASP. First of all, keep your stupid chewy. Second, PETTING REQUIRES TWO HANDS. Third, you better get me ALL the liver lips! Fourth, MEAN! I have more to say but that's as high as I can count.

PS Uncle Jack. Meatballs? There were good until momma put all that nasty stuff on them. She said you told her to. Really??? Next year, I am going to suggest we go with a bolognese on top of meatballs. Trust me on this...

"vie -- NEVER turn down a chewy -- you should know better. You KNOW you will eventually get exactly what you want and if you get an extra "guilt" chewy out of it so much the better. Sheesh! Have a great day at the bash. We don't seem to have those near where I live.

awww, i'm sorry, miss 'vie. your mama should know better than to bake delicious thingies and not let you have any. boo.
*woof*
the booker man

Your momma is a great cook! She's always bakin' up something good. I'm so sorry she didn't make it for you though.....a chewy simply doesn't compare...have a GREAT time at the Bash!!!!