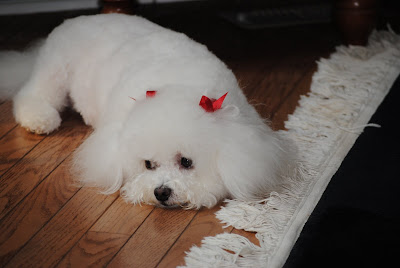 Merlin the trend-setting dolphin has become the first of his species to use an iPad.
Dolphin researcher Jack Kassewitz of the nonprofit SpeakDolphin introduced the iPad to the young bottlenose who lives at the Dolphin Discovery dolphinarium in Puerta Aventura, Mexico. (Merlin may be the first living being in Mexico to use an iPad -- Apple isn’t introducing the gadget to Mexican markets until next month.)
Kassewitz hopes touch-screen technology will spur an advance in his efforts to create a shared dolphin-human language system. After nearly a decade of research, "it became clear to me that dolphins do have a language," said Kassewitz, who came to dolphin studies after years in other professions.
"The problems [in deciphering it] centered principally around the technology to acquire the information, acquire the language and process it fast enough to respond to it," he told AOL News. "It’s just in the last two years that we started looking at computer technology that makes it available."
Tablet computers have been around for decades ("pen computers" were all the rage in the early '90s), but only with the introduction of the Microsoft tablet PC in 2002 did the notion take off in its current iteration.
From a dolphin’s perspective, tablet computers are perfect. Dolphins can activate touch screens with their rostrums (beaks). Current tablets are fast, portable and, with the addition of a waterproof case, able to be used poolside. Kassewitz made a final tweak, adding a bright yellow border to further attract the eyes of curious dolphins.


Daddy. I am so ticked off right now. You have that iPAD thingie. I have seen you and momma play with it. And play is the operative word here. I guess you never even considered giving me the iPAd thingie. And with very little modifications, I could actually learn to use it for more effective communication. The fishies get it... and where is their blog??????? Why would you not get one for me? Don't you love me? Are you not interested in finding out more about what I think, need, want, have to say, desire, wish for or otherwise need to convey? I have paws. I could use paws to tap on pictures of things. If you label the things with words I could learn words. Right now Dragon Naturally Barking is ok. But blogging by barking out loud is not always ideal. If you know what I mean. Kind of takes all the privacy out of it and other dogs feel compelled to comment as you formulate your thoughts.

So... I will forgive you if I get to try out your iPad thingie. What do you think? Maybe tonight???

I feel I am being technologically deprived.
'vie

What do you mean you don't have your own ipad, 'vie? All the cool dogs have them! You are being neglected!

I knew it!!! That's it. No more kisses for daddy. I wasted the months of my puppyhood on that man!

mama told me to be careful what you wish for. We went to look at the iPad -- mama says it is too heavy, but she has an iPhone and is quite happy with that. And she's been typing all morning on her puter here at work. Oh, wait, mama says they gave her a new puter here cuz her other one inhaled too much sawdust! So she is fussing at getting all of her software and bookmarks and stuff put back together. and she's mumbling about something called seismic retrofits that they are going to start tomorrow. Hmmm, I think I need to go make mama calm down, I can FEEL the tension coming off her.

Anyway, although the iPad is interest, we are going to wait a bit until they get the whole thing lighter. Mama doesn't need any more puters in her life right now I guess.

My momma and puters, like oil and water. Thank God we have the Adam and the Dowi. Adam guts the puters and then they get all fast and pretty. Dowi can make them do things long distance. But the Ipad thingie, it should be mine... I want one. My paws are too big for the I Phone, besides, momma keeps that thing in her purse all the time! You should tell your momma to plexy her puter. If is cooled properly, it would benefit from a plexy case. My momma is forever vacumming her system... but then she looooves to vac, I think!

even plexy isn't strong enough to stand up to all the dust we have here. we work in a warehouse and the scene shop and the props shop are right next to us. even with special covers, the dust is too much. I get a bath every other sunday because i get so dirty from the dust (mama looks like she needs a bath right now -- she's been pulling stuff down from the high up shelves!).

mama is the only person in the company allowed to fix her own puters -- the IT guys don't trust the others to not mess up their equipment (theatre people!) but mama used to be IT before working here. did I tell you she has 3 puters here at work and another three at home??? and I don't know why she would need so many -- it keeps a 4legged busy just keeping up!