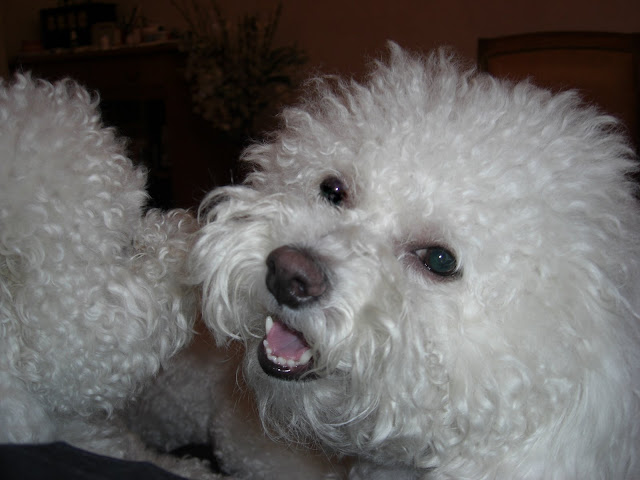 I was half snoozing last night waiting for daddy to come home. I was worried about the drive from DC in rush hour traffic, in the rain. Half of me was literally giddy at the thought of seeing him and the other half of me was worried to death and flogging myself [emotionally that is] for being so selfish that I wanted him home even though I was putting him through the misery of that drive.
Momma must have been going through the same stuff, but her nervous energy is discharged in weird ways. She has this thing where every single appliance we own in engaged in "getting something done". So from the dishwasher, to the washing machine, to the vacuum, everything is going with the TV on the weather channel.   She has to spin herself into full exhaustion.
She left her I pad on open to the IM window,  cell phone at her side, and occasionally she followed Facebook, that is until  what the Vick... that whole conversation was brought up again...
Subway and Nike, really????? GAG ME without a spoon.
Well, this started me thinking. The biggest difference between two leggeds and four leggeds  is that two leggeds are trapped in the belief that money can buy you everything you could possibly want.  Listen up humans, I am now going to spill the beans, punch a hole in your belief system, try and re set your reality... Let's start with the basic. MONEY is nothing but dirty paper. It's value is arbitrarily assigned and while it functions to maintain the economic system  [I know that is arguable, but hey anything that is artificial and has arbitrary value.... is limited ....] OK let me illustrate my point further. What if you woke up one morning and money was no longer the economically accepted trading medium. What if the only things now "worth" something were monopoly pieces. Each piece would now be worth a defined value. Starting with the Scotty dog piece now worth the lowest denomination,  [just because it is not a Bichon]. The top hat would be worth the highest denomination... You get the idea. Imagine that now you would be walking around in pursuit of the mighty top hat.  Get it?
The point to all this discussion is that money is very limited in what it can buy.  In fact, anything of real value.... money can't buy.
Like, for example.... health,  happiness, self reliance, creativity, peace of mind, generosity, love, patience, a sense of humor, contentment, gratitude, joy, compassion, true friendship, good character, insight, emotional stability, purpose, a loving family, empathy, respect, integrity, self esteem, courage, admiration, time, self fulfillment, charm, wisdom, true love, reputation, doggy treats ,forgiveness, trust...
Think about it... can you ever be happy without any one of those?
So... what the Vick is the point of spending a bunch of money to hire an advertising agency to "clean up" your image and re- invent you, when money can't buy any of the things needed for a new you?  Subway and Nike, now that you have shot yourself in your foot [or footlong] sort of speak, do you think that this serves as atonement for the atrocities committed by your new spokesperson?
Some things that money can't buy... MUST BE EARNED.
Anyway, this kept my head busy until daddy came home.  And by the way the picture is of my Wendy being kissed, because she has my unconditional love, for now and for ever.  And money could not buy that!
'vie
Posted by silvieon4 on Saturday, July 09, 2011

Bravo Vie! We are with you! One web page suggested that we all save receipts from eating at other chains and buying other shoes and mail them to Subway and Nike. The Mama is going to do it. Mama used to be a die hard Eagles fan, until they signed that piece of vick. Mama boxed up her jerseys and our jerseys and our tags and toys and all our Giants swag and mailednit to them with a letter of disgust. NEVER. EVER. AGAIN.

What a great post 'vie! See...you DO love The Wendy...we just knew it! Hope your Daddy made it home safely because we know how much you missed him! Xoxo Chloe and LadyBug

Thank you, yes he did make it home safely and he is leaving again today. FRUMPT. He keeps saying this is temporary and I hate temporary.

Kol, what gets me is the stupidity of the ad agencies, his handlers, the teams... want redemption? start by paying back for the therapy and medical bills incurred in saving your victims. Give until it hurts.
Give to shelters, set up an educational foundation so that "cultural" acceptance of dog fighting is eradicated... SHOW US that you are sorry. I don't want to hear from another cretin that you have paid your dues, cause... you have done very little, and you cannot ever erase what you did... ever..Show me... I will pull out momma's letter to Art Modell....if I find it I will send to you.