First:  A refresher on BONE SOUP.  Unless you already practice BONE SOUP in your kitchen.
Momma has a stockpot simmering once a week, so in our house it is a staple. But if you need more convincing on the pros of bone soup look here:

Look, I will be honest with you.  I am no MAX.  He is a fan of all things green. He even loves Bok Choy. Pohhwey, YUCK!

But living with my family  means that they have "cultivated" [momma would argue "evolved" "elevated"] my taste buds.  Whatever,

I will admit that the first time I saw momma make this I hoped with crossed paws it would not end in my bowl.  Hate to admit it... but with the same fervor and uncrossed paws, I begged for it to end up in my bowl because it smelled to die for. And I was not the only four legged salivating .

So ... what was interesting to me is that the momma made two trays.  One had onions... both red, white and scallions and chives!. Ugh,  She added cherry tomatoes and garlic and green and red peppers along with the root veggies. Something about daddy eating with his eyes... [ Two leggeds are so weird!!!!]  Clearly that was not for US!

But, right next to that tray was a tray with root veggies, squash, carrots, parsnips, sweet potatoes, fresh pumpkin, yellow beet root, zucchini and turnips. Momma spritzed everything with coconut oil, lightly seasoned the tray with a pinch of salt and fresh minced rosemary and thyme.

The oven was preheated at 425 and momma casually took out the bone soup.

WHY is she touching OUR bone soup????? You know, I am not into sharing my "staples". 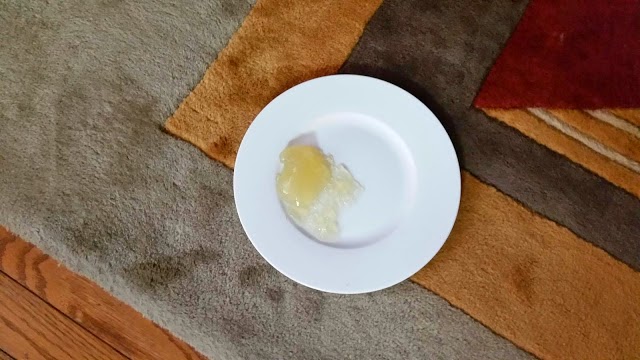 I was hoping to score a little dish, but she was humming and pfumpfing along and when she is in that zone... she is clueless.

She popped the two trays in the oven and set the timer for 30 minutes.
Yuh, I am not going to lie to you.  I heard the beeps and said to myself...
"Great dead veggies. Poor daddy. UGH"

Meanwhile, two ladles of bone soup went into a small stock pot and momma reduced that already  rich stock by half.
She added one TBSP of Marmite [yea you can leave it out, peasant. We like the taste.
Daddy is a peasant too. He hates it, but he will never know it was in here... Momma said so.]

As soon as the alarm went off, momma poured half of the reduced bone soup in each tray and cranked the oven up to 450 for another 15 minutes.

OK, by now I have to tell you... the three four leggeds in this house was holding an oven vigil.
The smell coming out of that oven was pawsitively intoxicating.

And there was momma. All smug and happy.

By the time she finally took everything out of the oven
the four of us [daddy included] were more than ready to concede
defeat and declare root veggie love.

And while daddy helped himself immediately to the tray, we had to wait for everything to cool down!

Finally, we each got our din din bowls and along with our turkey and pork, we had the
roasted veggies... which tasted like BONE SOUP, only BETTAH!!! 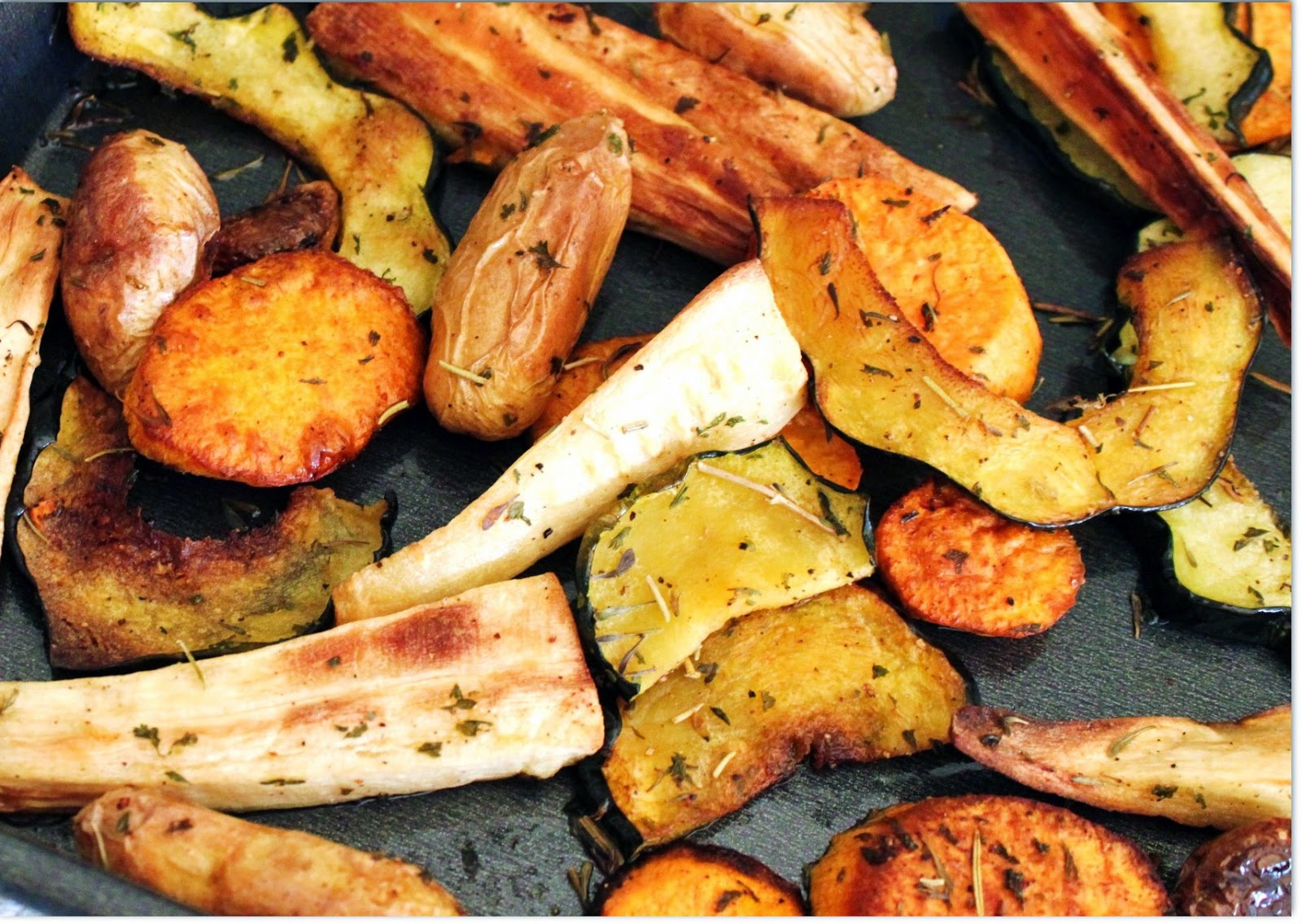 And, I would love it if she only made potatoes this way.  I love potatoes.
I take after my auntie Robin, according to auntie Robin.

And now I dare you to share the magic of roasted veggies cooked with bone soup!

'vie THIS IS A TASTY TUESDAY!

That sure does sound interesting...perhaps we will have to try it! We sure have been enjoying the dried beef and chicken jerky!!