So... DC Cooper sent me this link. 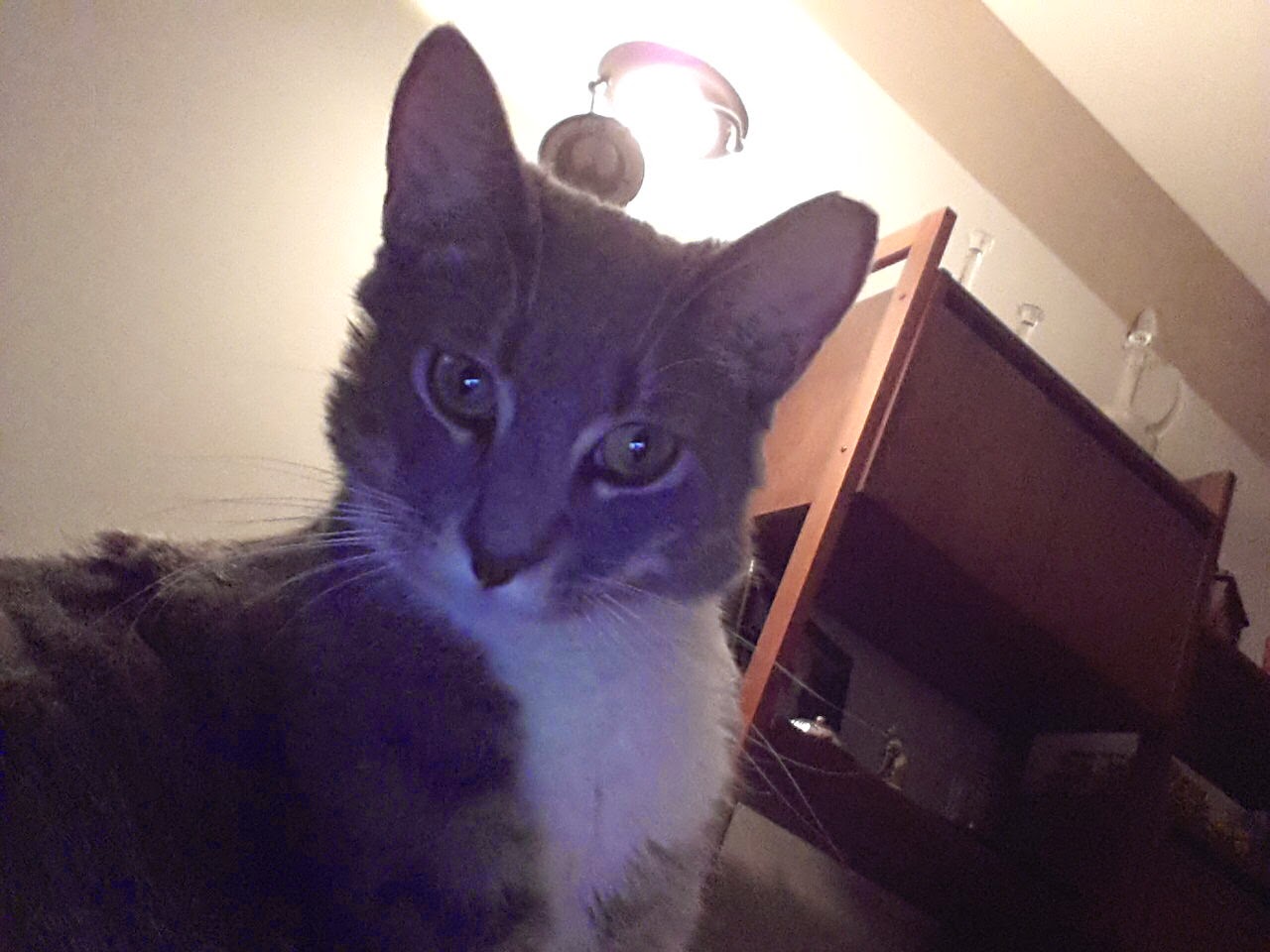 
When I called him to "discuss" the link and its merits, he miaoed me something really interesting. Something about his thoughts [he thinks? Hm. ok, let's say I believe that... I always thought it was all about impulse with cats.  I mean would a "thinking" being think that falling asleep 8 feet up in the air is a good idea???? hm????   Nuff said I REST my case]

DC Cooper, or Coop as I refer to him has been thinking about getting a part time job. Something like working in cat cafe`. He thinks that he would be good at it and it would supplement his income stream which right now is entirely dependent on his daddy, uncle Phil.  Coop says he works hard for every toy and chewy he gets, but he feels that ultimately he is could be getting more.

He sent me this picture: 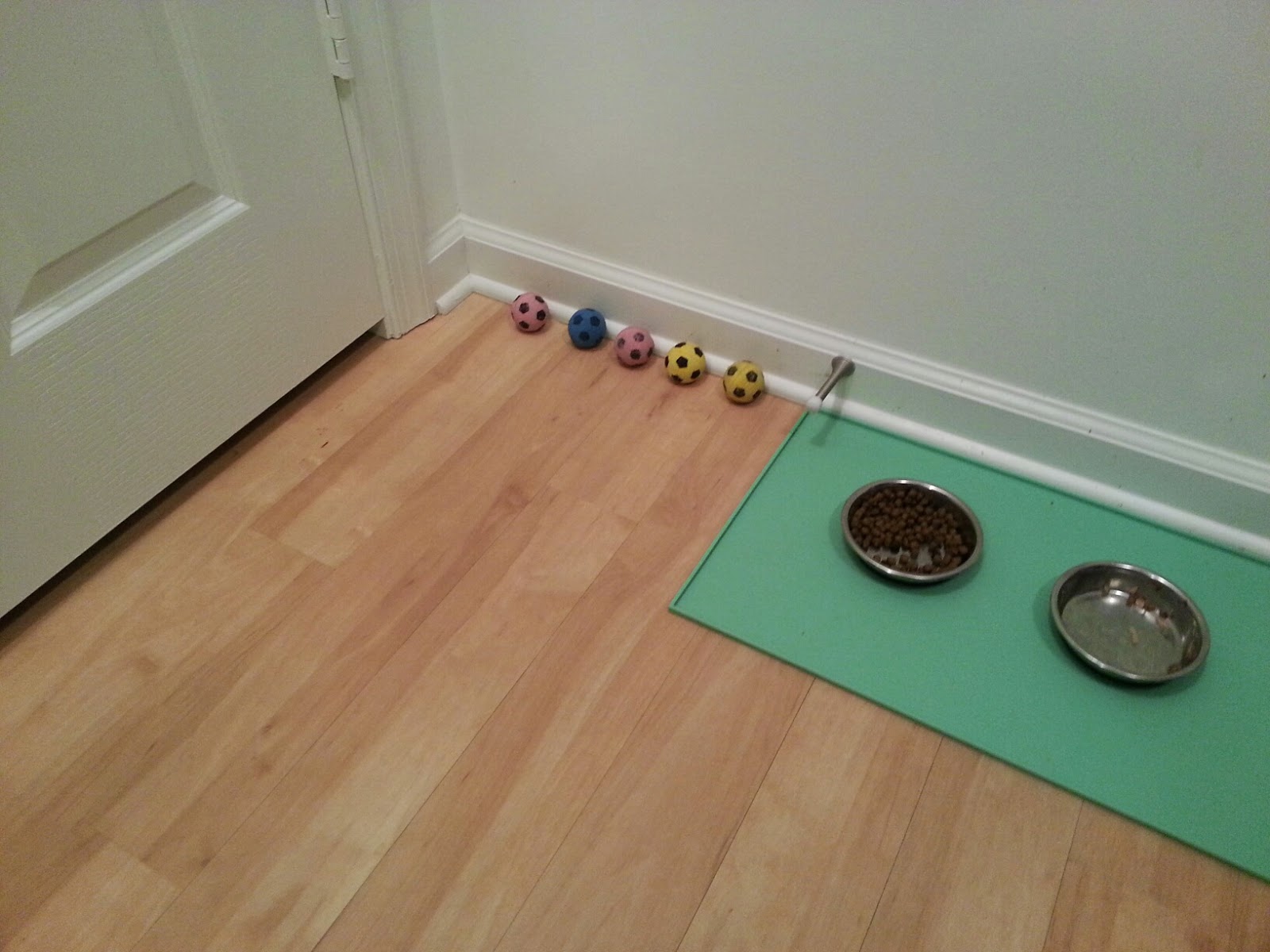 This was Cooper's attempt at getting some extra "treats".  He sua sponte, on HIS OWN, put away his balls.
Ok.  In his head, this should have gotten him something extra.  But Cooper said that all it got was his daddy excited enough to take this picture.

[CATS!  they are never happy you know.]

I listened politely, although at some point I think I fell asleep. But I have come to the conclusion that at the core of this idea is not the money aspect , it is the attraction held by the excitement of multi petters . I suggested he should try going to pet stores and such and seeing how he likes being pawed at by strange hoomans before embarking on a "career move" which sounds wholly unstable and rather...pedestrian... if I dare say.  Moi, I would rather NOT be touched by a bunch of strangers. I have no idea where their hands have been...

And then there is that whole issue of having to actually act friendly...

Coop, take it from me, CHILL OUT.  Take a Jacuzzi, 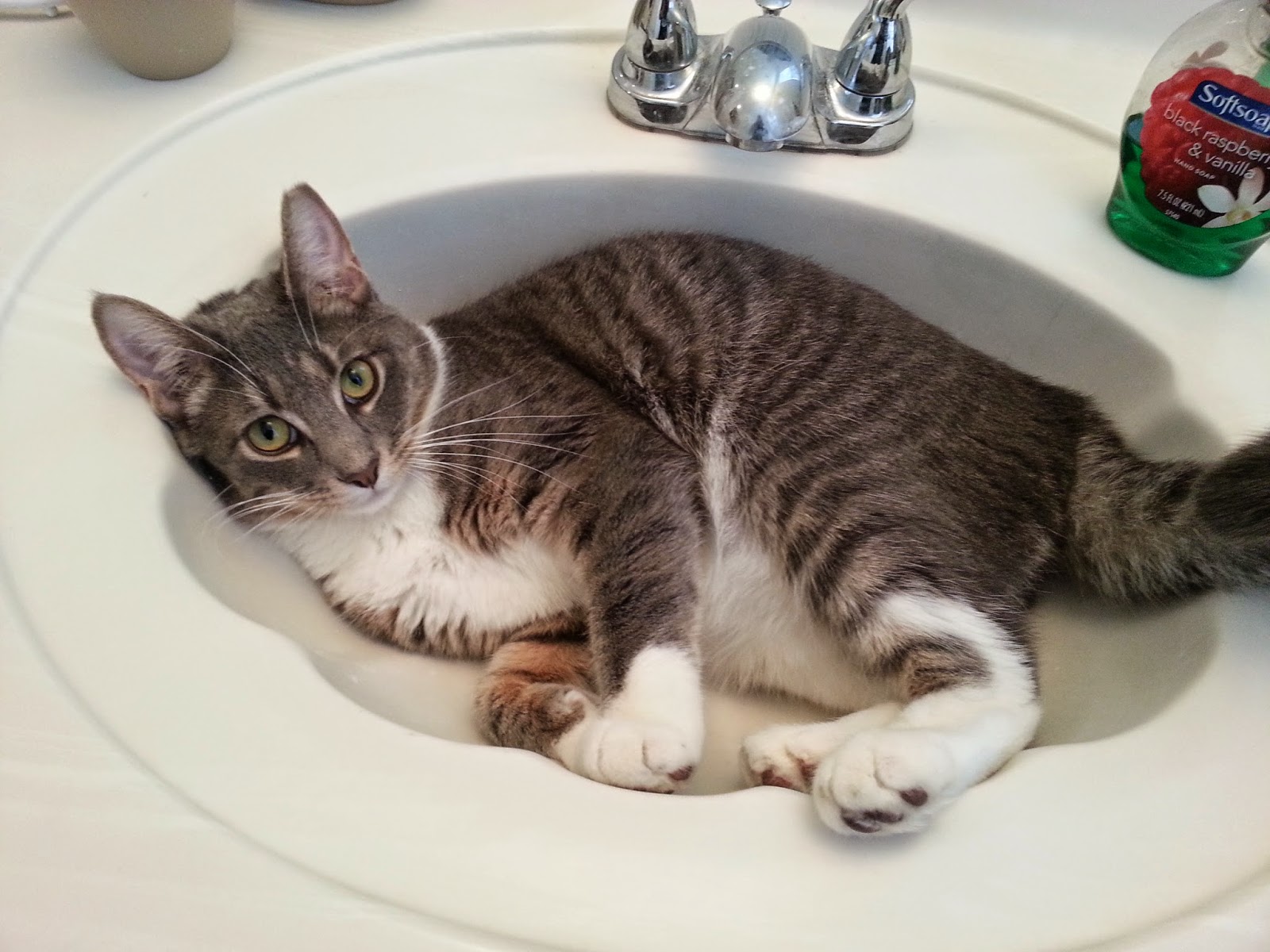 Ooook,,,, a "sink" even...let your hooman take care of your needs as you know he has THUMBS..... and everything.... and let the hoi polloi work the kittycafes.  Seriously boy... You are my cousin, by adoption, but still MY cousin...my daddy is a judge! YOUR uncle is a judge... You working the cafes would be... embarrassing!

Listen Ms. Hoity-Toity, I just figure that's the best place to find chicks. You know that would be the cats pajamas so to speak. Did you see the locations of the cafes. Even you want to go to Paris, London, Vienna. The problem is that won't let me on a plane. Something about my name. DC Cooper! BTW I've never seem you turn down a belly rub!
LOL, DC