Why would momma pick the "temple of yumminess" aka EXCALIBUR as the best and most useful tool in making treats and meals for us?

You know how momma feels about "puffing" and PR and claims of greatness... She is what we call a hard sell and a skeptic.  Kitchen equipment in our house is never bought because it is pretty, or because it matches. [The woman crosses her eyes when she hears stuff like that]  You see, kitchen equipment is expected to be functional, to deliver power and do what it is actually designed to do. It does not sit pretty , it gets USED.  When momma decides she needs a piece of equipment, she starts doing research. Consumer reviews, on site inspection, failure rate, comparables, design, applied functionality... [some day I will have to dig up her comment on a fryer that came with a 9 inch cord....it lacks applied functionality...the comments are SOURCASM at its best ] There is no "falling in love" with anything until her research is done.

She decided to look at dehydrators when she found that she was using her oven just about every day to dehydrate stuff for us. And for herself. Don't let her skim over that fact.

Momma is a "serial baker".  Daddy says so.  He told his doctor that and uncle Phil used the same line with his doctor to"explain" away some new poundage. Really. Her ovens work hard. A dehydrator would allow her to "multitask".  So she started her research.

The number one issue in proper dehydration is SAFETY. How a dehydrator dries makes all the difference.
Momma started learning about mold formation, moisture retention and started asking questions. Momma is allergic to molds. Very allergic. Like death rattle allergic.  It is not pretty, it is scary.
Then she started asking about bacteria formation  and  after learning about the process of dehydration.

http://en.wikipedia.org/wiki/Food_dehydrator  "Most foods are dehydrated at temperatures of 130°F, or 54°C, although meats being made into jerky should be dehydrated at a higher temperature of 155°F, or 68°C, or preheated to those temperature levels, to guard against pathogens that may be in the meat. The key to successful food dehydration is the application of a constant temperature and adequate air flow. Too high a temperature can cause hardened foods: food that is hard and dry on the outside but moist, and therefore vulnerable to spoiling, on the inside."

So, the first issue for her to focus on was HOW DOES THE DEHYDRATOR WORK. She did not want what she called a "low tech hair dryer"... constant  heat which dried the outside... but not necessarily the inside. Many need to have the trays rotated... momma says the only thing she gets rotated are the tires on her car... and that's because the service people do it...  Plenty of those types of dehydrators out there, cheap too. And they come in colors. [I just threw that in there to see momma's eye roll when she reads it]   Instead momma focused on necessary features, like a timer, temperature control, fan power...  trays that do not have to be "rotated"- she knew what to look for!

EASE of USE. That is another significant issue.  If it takes a rocket scientist to operate, a cleaning crew to clean, an engineering team to set up, and electrician to install it  and an architect to  place it... then it is a fail. Easy trays to use and clean, lots of room...

The machine had to have good bones.  BE STURDY. Functional and flimsy does not cut it. That is how a certain famous food processor  momma called cuisinefart... got evicted.

Finally momma looked at where  is it  made. Yuh I know, we live in a world economy. But in my house, made in the USA means something. You know, union roots run deep and so does our red white and blue.

This  research process took about a month. Ultimately there was only one dehydrator that met the specs: EXCALIBUR.  And here is why:

·     Made in Sacramento, CA, USA since 1973, with a 26 hour timer option
·     No tray rotation needed with our dehydrators during the drying cycle.  Why?  Our fans are mounted in the back of the dehydrator.  The patented Parallex horizontal airflow distributes heat evenly for faster, even drying.
EXCALIBUR also feature our patented Hyperwave technology.   Air temperature changes throughout the drying cycle; food temperature remains constant.  As the air temperature fluctuates up, surface moisture evaporates.  As the air temperature fluctuates down, the inner moisture moves to the drier surface.  The fluctuation keeps food temperature low enough to keep enzymes active, but air temp gets high enough to dry food properly to overcome yeast, mold, bacteria growth and spoilage.  Other dehydrators produce constant, unchanging heat which causes a dry surface but moisture is trapped inside, therefore creating the perfect environment in food for yeast, mold, and bacteria growth.  "

Finally,  a decision was made!

The order process was easy and delivery was fast which is good, because momma went on a fruit, veggie and turkey buying rampage in giddy anticipation of things to come.  And this is what it looked like at my house when EXCALIBUR finally arrived.

That weekend momma made turkey jerky, sweet potato chips, zucchini chips, dried apples, kale chips, kulua` [it's an aritrea theng, we will talk about it later- told you she uses it for herself...] yogurt.... fruit leather.... and she even dried some liver  for us.! But I loved this part: 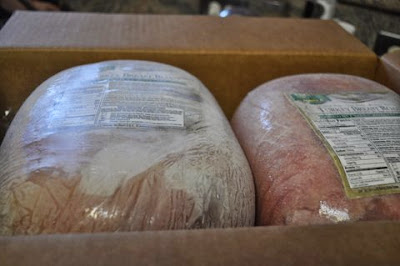 Yes she was going to put this machine to the test, 2 huge turkey breasts 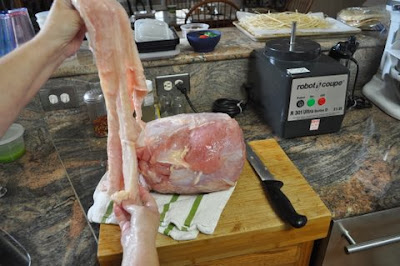 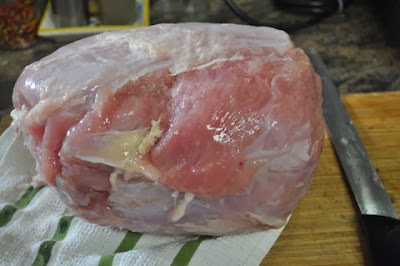 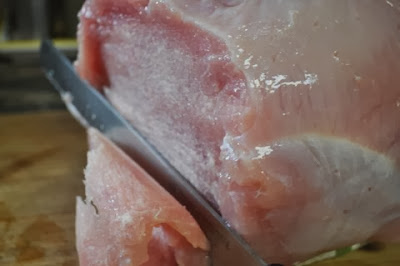 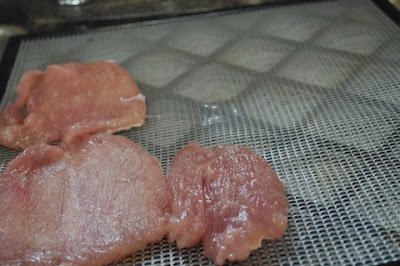 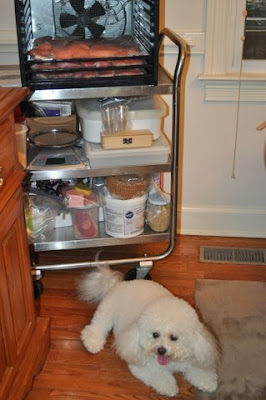 Yes, I am "guarding"  EXCALIBUR 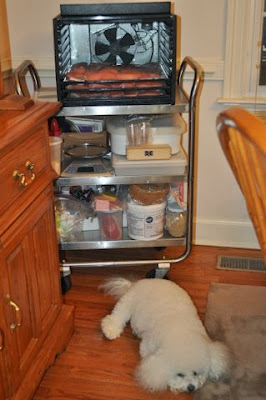 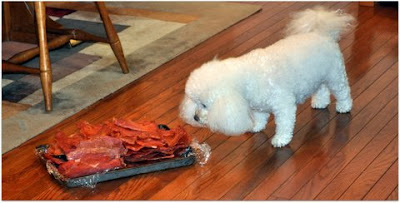 INSPECTION of the product!  Verdict: DELICIOUS!


And that is why EXCALIBUR.