"Marc Bekoff, of the University of Colorado, studied videotapes of adult dogs, domestic puppies, wolf pups and coyote pups, noting exactly what behavior followed and preceded each bow. He often saw a bow follow or precede move that could be interpreted as threatening, such as a bite. Bekoff concludes the bow acts not merely as a stereotyped “Let’s play” signal, but as a sort of body language punctuation, attaching the meaning “play” to other actions, and reassuring the playmate that the rules of rough and tumble haven’t changed." 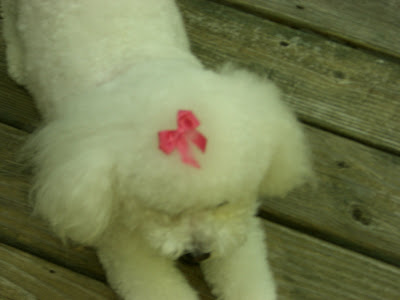 Should have asked any of my 2legged family, they would have told you and saved you from all that studying!!!!