And THEY think I am HIGH maintenance??? 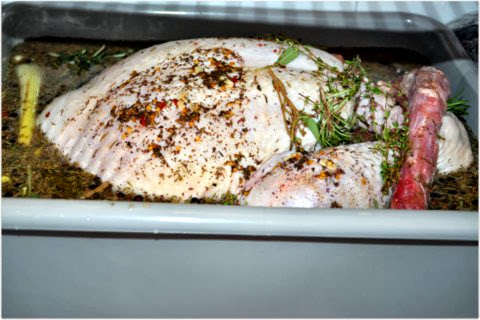 Look no further than momma's 28 lb pet chicken named after a country. She has been calling it Herbert.
I have no problem with the name. Others in the household cringe.  Apparently they do not name food.
Whatever.  My primary objection stems from the insane amount of time Herbert has demanded. Time that would otherwise be spend on moi, who deserves it more. 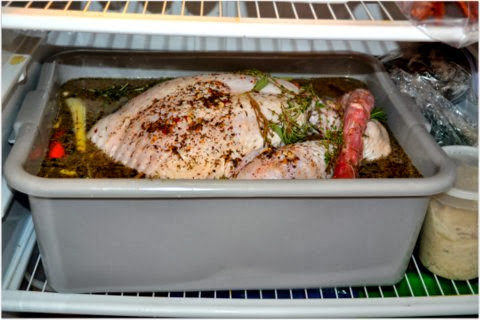 1. Locate the sizable monster.
I am not going to lie to you.  Momma brought it home and wrestled it out of the car and plopped it on the counter and I was too intimidated to investigate it. I mean... thing was bigger than moi.

2. Nakedize it, wash it, and apparently it required massaging or something. The sink had to be prepped, and then the beastie apparently required some sort of spa soak in seasonings because it got it's own tub, it's own shelf in the fridge outside and it demanded momma and daddy to lift it and put in in what I am told will be a soaking place for a bit.

3. Here is what I got out of this situation. Even dead this bird is getting more attention than I am.  And that is NOT cool with me.  What? Yes. I eat turkey. My chewies are turkey. Well. of course I am going to partake of big chicken named after a country!  I am an American!  Ohh... I see your point.

Momma, carry on. Never mind. I can be patient. Did you remember the stuffing cookies and the Adam stuffing? Ohhh ok. BTW  the house smells delicious.  Almost as  if that spa bath you call a brine is where all the yummies of the chicken named after a country is.

I would like to suggest we make some of that baked salami too.

A girl can hope/