if you force me to watch endless hours of rag parades... 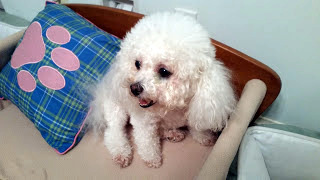 I am entitled to tell it like it is. No, no fondant, no icing, no sugar coating. I have to do this.  I have to focus on the most awful.  Hideous. Pretentious. Vile... outfit deserving of the dead swan award  goes to

Sooooo I am NOT alone. As rags go, this one was hideous.  Seriously, this is a Marchesa gown?

Georgina Chapman , you really hate Heidi, right?  After this, you better show me some real changes in your judgment of Kini Zamora. You know, you usually whine that he is "old ladish" and "needs to edit" more. UGH Did you look at this ugly design? I bet you could have used your own advice on that thing before it left your showroom!  That "thing" has no redeeming  feature at all. Heidi, UGH!

So which one of you ran to the dollar store to get the two ugly fluff flowers????  You should have kept running.

If momma had even remotely contemplated putting something like this on, I would her ripped off of her and pushed her out naked!

It was vile, I screamed "Mine eyes, mine eyes" and I pretended to rip them out of my head and throw them to the ground.

And... Heidi I am harsh on you, because you have been abusing US for years!  Yes you have.

Here is my evidence: http://thecelebrityauction.co/wp2/cwitter-article/heidi-klum-in-versace-at-the-emmys-big-bird-fug-the-worst-look-of-the-night/

And the crotch fringe number... http://tomandlorenzo.com/2013/11/heidi-klum-in-marchesa-at-the-2013-american-music-awards/

How about that Fredricks of Hollywood wanna be horror... Yea the one that was just tawdry, this one:
http://www.laineygossip.com/(F(f))/Heidi-Klums-ugly-dress-and-shoes-at-MTV-EMAs-2012/Lifestyle/22632

Look here if you have doubts.... Look at all the evidence!  https://www.google.com/search?q=heidi+klum+worst+dressed&biw=1920&bih=945&tbm=isch&tbo=u&source=univ&sa=X&ved=0ahUKEwj8pYDmmZ3LAhUNyGMKHQGRAhYQsAQIJA it is an endless parade of bad taste.

We deserve better. I propose that Heidi Klum be forced to a time out and that before she is allowed to violate our eyes again, she should go through a "PROBATIONARY" PERIOD. She should be required to get prior approval for any outfit she plans on inflicting on us from  Anna Wintour, Tim Gunn [put your differences aside guys, this creature is eroding at the taste level of America and it is not going to stop without intervention!]  and a random woman to be selected from the pool of qualified voters, 2 out of 3 must approve the outfit before it can be inflicted upon us.  What do you think?


I have woofed my peace and I will not be forced to watch again if she is in the line up!


UNRELATED TO THIS:
HAPPY BIRTHDAY TO ALL LEAP YEAR BABIES OUT THERE, CELEBRATE IT!!!!!